Hypocrisy = "a feigning to be what one is not or to believe what one does not; especially: the false assumption of religion"

Hypocrisy is not a new thing. Jesus Christ often condemned the hypocrites he encountered in His earthly ministry. He had no tolerance for hypocrites and viewed them with utter disgust. There is so much hypocrisy in our world today and it does not seem to ever go away. Perhaps it is because people are just not honest and react to circumstances and events emotionally and not rationally.

A good example of this occured just last week in the aftermath of the deadly shooting in a Connetticut elementary school where an entire kindergarten class was brutally murdered by a psycopathic killer.  We were all shocked, saddened, and deeply grieved by the senseless murders of innocent children. The nation is still in deep mourning over this tragedy, and justly so.

The hypocrisy is evidenced in the fact that many of those who seem upset over this event to the point of shedding tears and being outraged and demanding new gun laws (the killer violated 41 existing laws) have absolutely no feelings for the approximate 3,000 unborn babies that were brutally murdered in their mother's wombs that same day in the United States alone.

I have no problem with the President of the United States wiping tears from his eyes as he address the nation about the kindergarten class tragedy. But why no tears EVER for the innocent, helpless babies being sucked out in pieces from the womb with a vacuum hose? The Center for Disease Control reported that 1,210,000 abortions occured in the United States in 2009 (the most recent statistics--why?). How many tears are shed for these victims of senseless murder? This is hypocrisy of the highest order!

Could it be that the number of abortions being committed with legal backing in the United States and the tragedy of Newtown, Ct. are somehow connected? Galatians 6:7 says, "God is not mocked, for whatsoever a man soweth, that shall he also reap."

Do we really think that we as a sinful nation can make our children safe from disasters like this when we are not repenting of killing the unborn? No amount of gun control is going to stop these tragedies. Recently, in China, a crazed man with a knife entered a kindergarten class and slashed 28 children. Many parts of the world have frequent suicide bombings that kill innocent people of all ages. The only way to stop evil is to repent of the evil we ourselves are doing. Then we can confidently call on God for His Divine protection. Let us also repent of the hypocrisy! 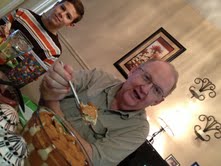 Thanksgiving Day (Yesterday) for me was very pleasant as we met at Aaron's home for a mid-afternoon feast. The meal hi-lite for me was the traditional "Dad's Banana Pudding". Thank you Heather! The others ate various pies for dessert, but for me it was straight for the pudding. My first dip into the bowl brought thoughts of my brother Jerry and the competition for banana pudding back in the days when we were growing up. The two of us could make a huge dent in the delcious dessert! Everyone else just had to satisfy their sweet tooth with the cakes and pies. I never really felt bad about it because there was always a huge amount of the other sweets and no one seemed to care that we were dominating the pudding bowl.

Thanksgiving is about family. I know this because everyone becomes mindful of who they have called and not called. This time I sent a lot of emails and facebook greetings and received them as well, and still missed some important ones. Today I will continue contacting them to wish them a happy holiday.

We set up the croquet set in Aaron's back yard and enjoyed teaching Ethan & Marlee the game. I especially enjoyed watching Aaron patiently teach four year old Marlee how to operate her mallet. He is a good Dad!

In the midst of all our activity, Stephanie got a phone call....from Texas....family. We could tell by the way she lit up and the excitement in her voice. Her family lives so far away, but thanks to cell phones and Skype we can stay in touch. Stephanie's brother Conner, is in Nepal this week, but was still able to talk to his family on Thanksgiving.

Yes, Thanksgiving is a Family event. It is about being with family, thinking of family, touching base with those who are not here, remembering those who have passed, loving and thanking God for the people in our lives.

Then there is the extended family, church family, and friends who are like family to us.
Thank you Lord for each and every one!

Most of all, I thank God that I am part of His family! This ensures an eternity with all the people I love, so long as they join the Heavenly Family by accepting the Lord Jesus Christ. I am most thankful for Him and the difference he made in my life!

Psalm 68:6
God setteth the solitary in families
Posted by Ronny D. Thomason at 12:43 PM No comments:

What Happens When We Pray? 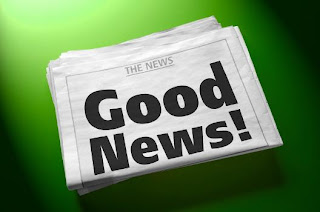 I was reading in Romans Chapter Eight about how we do not always know how to pray as we ought. Boy, is that true! But as I read on, I discovered that my ineptness has not been overlooked by God.  He has (as is His Nature) provided a remedy for my prayer weakness. That remedy is the Holy Spirit! The Spirit of God has come to "help" me pray. That's right, when I pray, the Holy Spirit of God joins me to make my prayers effective.  He actually prays along with me to make my prayer perfect, complete, accurate, so that I can get an answer that is totally in line with God's Will.

Reading on in Romans Chapter Eight, I discover that while I am praying (with the assistance of the Holy Spirit), Jesus Christ is in Heaven at the Right Hand of the Father making intercession on my behalf! That's right, I have THE PERFECT INTERCESSOR working for me right where it counts.....before the Father God.  So now, I am not only praying perfect prayers with the help of The Holy Spirit, but the Lord Jesus Christ, King of Kings and Lord of Lords, Ruler of Heaven and Earth, is taking up my case before God the Father.  How great is that?

But, as I read on further into Romans Chapter Eight, I am delighted to find out that it is God the Father Himself who justifies me in the Court of Heaven and lets it be known throughout the Universe that no charge can be made against me because I now am covered in the Righteousness of Christ. So any accuser out there that might object to my prayer request being granted has no leg to stand on!!!  The only one who can destroy my confidence before God is me. (1 John 3:19-23)

How happy am I to know that when I pray, the Holy Spirit and the Lord Jesus Christ and the Heavenly Father all get involved with me to make my prayer a successful one! What do you think my chances are of getting the prayer answered?

Oh, by the way, the same is true when YOU pray!
Posted by Ronny D. Thomason at 4:51 PM No comments: 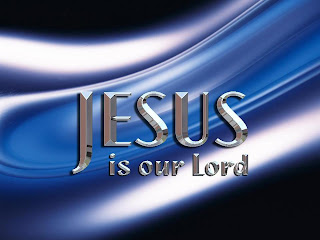 PEOPLE I WISH EVERYONE COULD KNOW (Part Two) 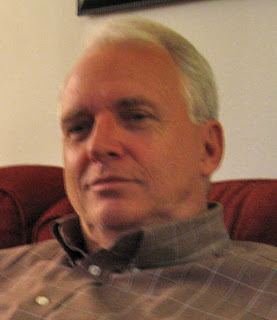 There are a few people I know who lift you up everytime you are with them. RAND MONTGOMERY is one of those people. He has such an infectious joyful spirit and happy attitude steming from a close walk with God. He and his lovely wife NIKKI are Missionaries in Southeast Asia. Based out of Chiang-Mai, Thailand, they work with Pastors, Churches, Bible Schools, and Missions Outreaches into China, Burma, Cambodia, Laos, Viet Nam, Pakistan and beyond. They are powerful in their faith and trust in God and they have a great love for people.

People I Wish You All Knew

As we travel on our way through this world below,
we meet up with some very special and
often unusual people who are like treasures
you want everyone to know: 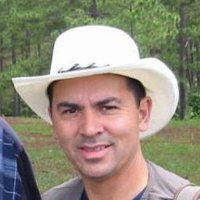 Luis Sorto, my very special Honduran friend who, because of his special talents and amazing personality, could live anywhere in the world, has been given lucrative offers to move to the United States. Instead, he has chosen to obey God and remain an active citizen in his home country of Honduras.  He reaches out to his own people with the love of Jesus by feeding the hungry and sharing the Gospel of Jesus Christ. Having known and worked with him over twenty years, I count him as a great person I wish you all could know. 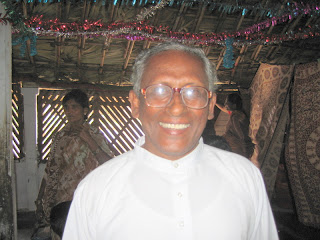 Rev. Kantharoa Meesala is a special man that I met in his home villiage of Vyyru, India. The story of his conversion to Christ and call to the ministry is very compelling. How his eyes twinkle as he speaks of the beatings and imprisonments he has suffered over the years for his testimony! He and his family have an apostolic ministry that is reaching hundreds of Indian communities with the Gospel of Jesus through their personal efforts and those of young men and women they have trained who often pay the ultimate sacrifice to share Jesus with their Hindu neighbors.

Posted by Ronny D. Thomason at 9:59 AM No comments:

I think it is so cool that the first celebration of the New Year is Ruth's Birthday! This is her "29th" and she is looking mighty fine! I thank God for bringing her into my life. I enjoy each day with her and feel so blessed to have such a godly woman to love me as she does. 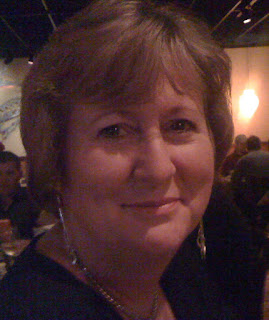 This space could not contain all the good I could say about her, but I just want to say that I love you Ruth and wish you a very very HAPPY BIRTHDAY!
Posted by Ronny D. Thomason at 1:54 PM No comments: 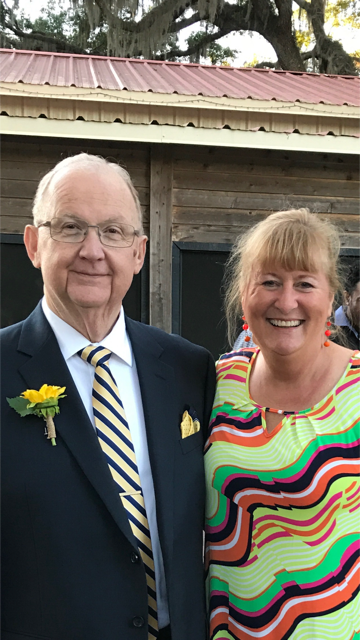